Pantos to ‘the bat’ and Bond goes to a wedding! 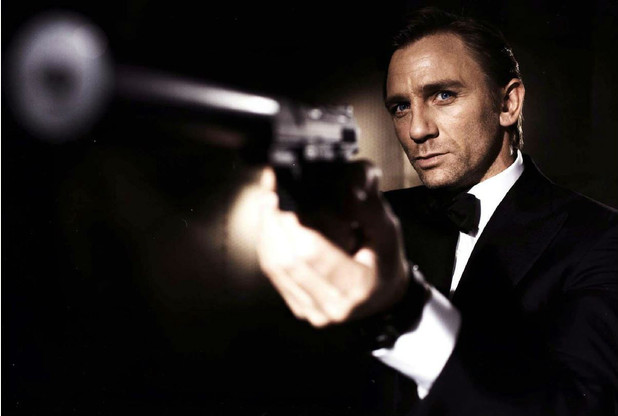 The response from last week’s Panto announcement has been wonderful. Tickets seem to be flying out. So get booking! I hope to see lots of you at the New Theatre in the festive season.

“STOP PRESS!” There’s another last minute surprise for your diaries. I’ve known for a week that I would be returning to the beautiful Theatre Royal in Bath to perform the role of Dr Falke in the operetta Die Fledermaus.

I was first involved in Fledermaus whilst at the Guildhall singing in the chorus as an undergraduate and understudying the baritone role of the Dr. I have since gone on to sing the role for the national companies but not for many years. So it’s polishing up my rusty German as quickly as possible to be ready for curtain up the first week of June.

The historic Theatre Royal was built on its current site in 1805, however it was a hundred years earlier that Bath’s first theatre was built by George Trim. “A small and cramped theatre which made little or no profit” (welcome to the arts) but it inspired the people of Bath.

The current theatre is one of the oldest working theatres in the country. It was designed by George Dance, professor of architecture at the Royal Academy and was opened in 1805. I always thought that this theatre was a Frank Matcham as it reminds me so much of his style – but it`s a little earlier.

The Carl Rosa Opera Company also has a long history. It was founded in 1873 by Carl August Nicholas Rosa, a German born musical impresario, who wanted to present opera in English in London and the provinces. The company premiered many operas in the UK, employing a mix of established stars and young singers. It survived Rosa’s death in 1889, and continued to present operas on tour until 1960, when it was obliged to close due to lack of funds.

The company was reborn in 1997 and I’m glad to say that it is growing from strength to strength. Alongside its operatic stars it also includes names like Paul Nicholas and Jo Brand in their casting today. So from June 1st to 6th I can be found in the Spa town strutting in traditional 1875 attire in the wickedly funny Die Fledermaus – THE BAT.

This week’s article is being written from The King Arthur Hotel in the Gower, as my cousin Tom Rees got married to the beautiful Chrissie Hedger yesterday. An amazing day. Wonderful seeing so many family and friends that we hardly ever see with our busy lives etc. The ceremony was held at the family church in Abergwili then a trip down to the Gower for food, fun and laughter. Just what the Dr ordered. Checking out of the hotel this morning, I did a double take when I got my bill. For a moment I thought as I was on location for my next film! My bow tie attire had inspired the hotel receptionist to register my room in the name of Bond, Mr James Bond! How cool is that?

Thanks all for a wonderful weekend. Now it’s time for me to re pack my bags and drive to London for an early morning meeting at the Groucho Club.