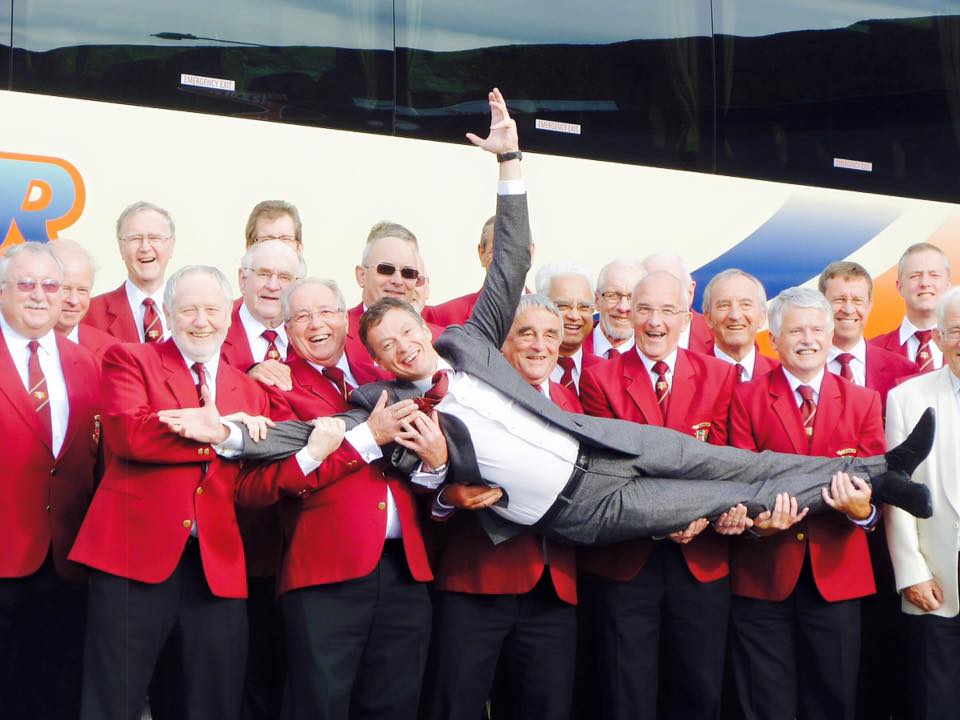 As I sit typing in a small bar in Killarney, sharing my table with my laptop and an iconic pint of Guinness (feeling just like Dylan Thomas) I have a large smile of contentment.  I have been in the Emerald Isle since last Thursday as the guest soloist with a choir than has really touched my heart with their love and generosity for all they have embraced on this journey.

I was asked over a year ago if I would tour the stunning county of Kerry with Dursley Male voice choir to help fundraise for a few charities in the county; Listowell RFC, Aras Mhuire Nursing home & Castleisland RFC. In total we raised over £26,000 in two concerts (that’s over £8,000 for each charity). Not bad for a weekend’s work.

What’s even more fantastic is that this whole trip was the brainchild of a Carmarthen boy. Haydn Henry a true gentleman and indeed a very proud Welsh man who moved to Gloucestershire many years ago and at some point joined Dursley Male voice choir.

Over the years both my brother and I have performed at the choir’s annual concerts but it was this trip that H (as his close friends referred to him) so wanted me to be part of. Sadly after all H’s hard work organising he passed away recently after a long battle with various illnesses but he insisted that the trip should still go ahead. So for me it became fondly known as H’s Irish tour.

Two buses left Dursley last Wednesday like a military operation packed with choir and supporters with the extras like me who joined a few days later. Friday 25th concert 1, a packed theatre at Ballybunion, Saturday 26th concert 2 in Currow. The Church of the Immaculate Conception was packed to the rafters with many iconic Irish rugby stars lining the aisles supporting the next generation of rugby talent.  Hospitality flowed from every corner. It was so humbling to hear how grateful everyone was for the efforts that had been made. 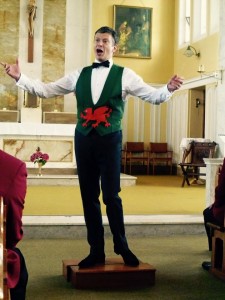 Sunday morning an early start to sing Mass at St Mary’s Church, Listowel. A congregation of over 1000 stood after we had sung. Not what I was expecting at all in a high brow Catholic service, but why not? From Mass it was a private concert at a nursing home. Meeting and entertaining the residents for me was the most precious part of the trip. So special meeting Mary 101 years old.

Only in Ireland would a concert accommodate a rugby match, so our Saturday’s concert started at 4pm so that all would be finished for kick off at 8pm. The local rugby club had laid on hospitality and all was set for a tense few hours. And tense it was, all the way to the last whistle but when it blew so did every Irish man and this boy from Carmarthen. It was just amazing. I’m sure everyone back home was smiling and  I’m 100% certain that H had everything sorted!