Somewhere over the rainbow it’s 2:1 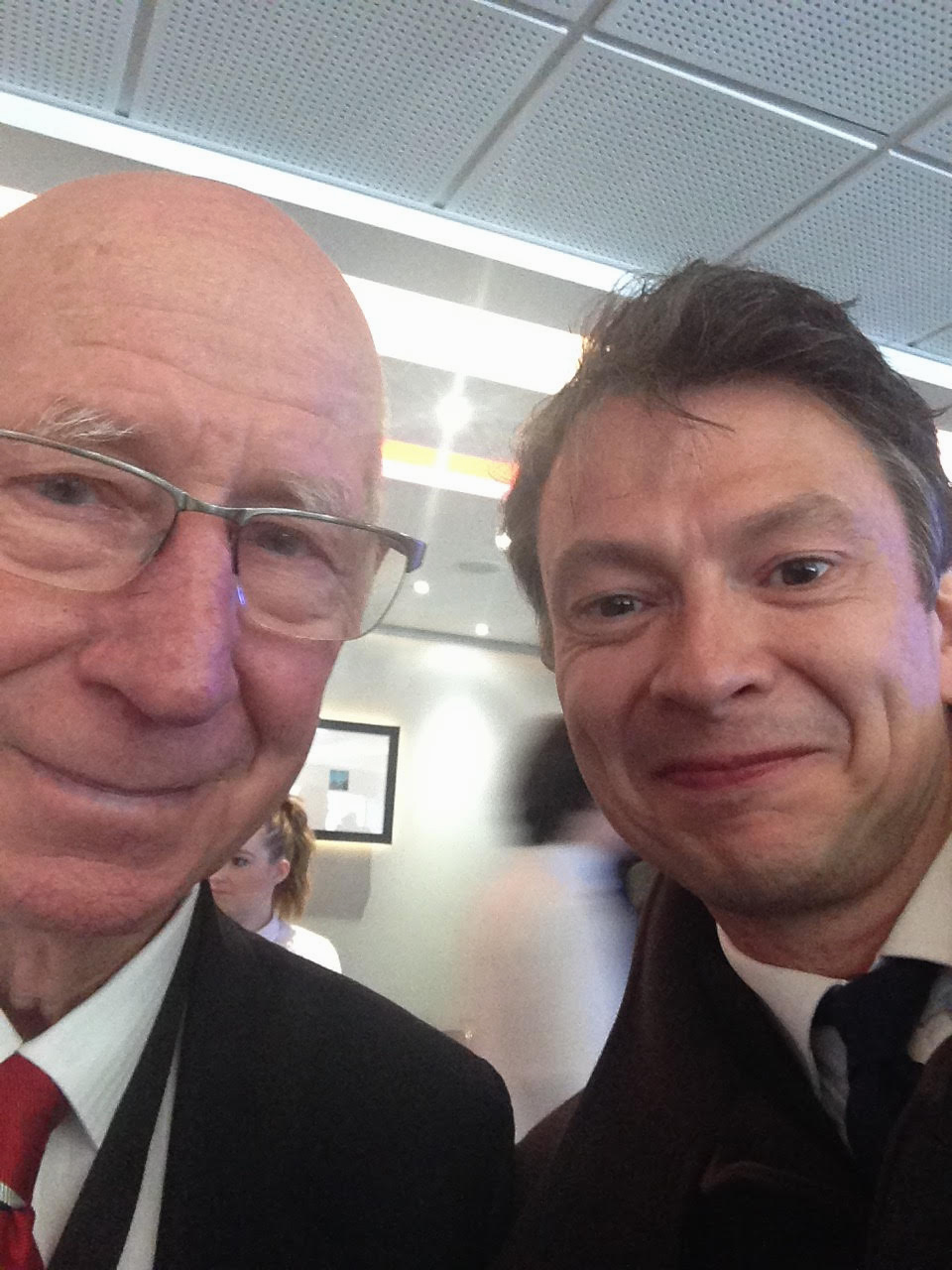 Last Friday I landed back in Heathrow from my incredible trip to Florida. I’m already pining to
return which thankfully happens later in the year. Saturday jetlag hits but today is my first trip to a Footie game. Up until last Saturday the only corner or throw in I knew about was on a Subbuteo table, but I was going to see the real thing. 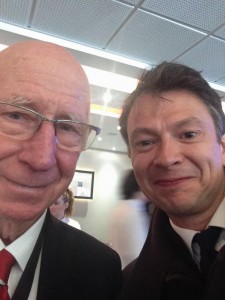 I had been invited by Steve Penny one of the directors Swansea City FC to see Swansea / Man U. The whole experience from start to finish was wonderful. I’d taken my manager with me who has been an avid Man U supporter most of her life. During our journey to the Stadium she seemed rather convinced that her red boys would win the day.

Walking into the Centenary Suite the magic began with the first face greeting us football legend Sir Bobby Charlton. I must admit although I have never followed football I was a little in awe to meet him. Sir Bobby was such a gentleman and so unassuming which made him even more of a star. His wife Norma was charming wanting my advice on her grandson’s singing.

A delicious beef lunch washed down by a beer then it was off to our seats. We were sitting just above the “dug out” where the likes of Ryan Giggs were only a stretch away. The excitement continued to grow and I really was like a child in a sweet shop.

The game was so fast and I was told that the average player runs over 10k per game. On those wages I should hope they would. I was also told during half time whilst devouring welsh cakes and a cuppa that Bryn Terfel (A Man U Fan) was in. Were the baritones going head to head as well as the footie boys?

Back out to the action where we left a 1:1 score. Immediately Man U picked up their game but the Swans didn’t relax a moment. Even the midfielder that Sir Bobby had told me was weak was looking tidy to me. Ki Sung Yueng was amazing as was Bafetimbi Gomis. (Look at me! Writing about football – little knowledge and all that)

And then just before “our” 2nd goal the most amazing perfect rainbow appeared over the stadium and we were really showing who the top dogs were. Final whistle and an incredible win for Swansea. Smiles and celebrations all round then back to our suite for the post mortem. 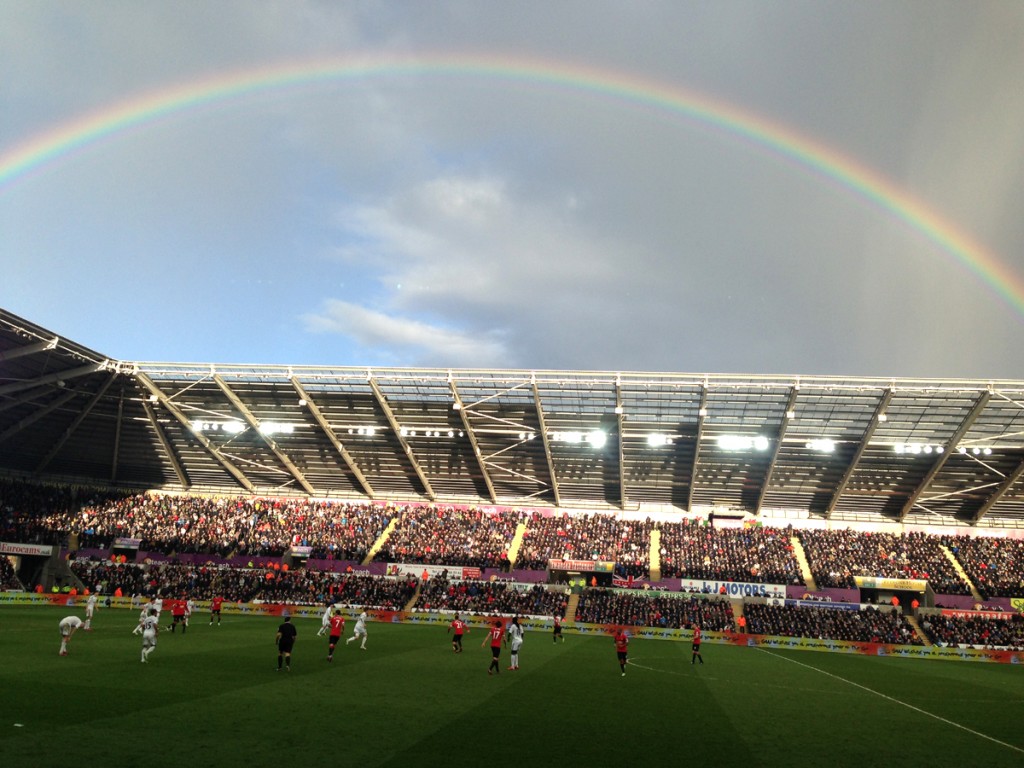 I had arrived at Liberty Stadium at 1pm and was leaving a very happy man at 7.15pm after a quick visit to the Sinclair Suite where my Audi consultant was and most of the Welsh rugby team so even more excitement. Finally a trip back to Cardiff – with a very subdued manager.

Sunday a fun day at St Fagans with my daughter before returning to London for more meetings, rehearsals and things.