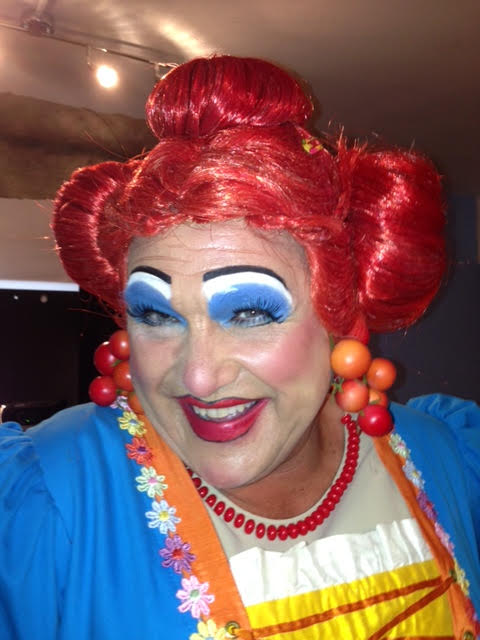 I did mention a few weeks ago that I would be sharing the stage with a fellow Carmarthen thespian, but due to protocol and all that, it`s taken longer than I thought to be able to announce it. So here it is ………. drum roll please  brrrrrrr. I`m going to be sharing the stage with former Carmarthen Youth Opera member, former Opportunity Knocks winner and all round super entertainer Mike Doyle.

I’m so excited Mike and myself will be in panto together at the New Theatre, Cardiff. The New Theatre`s annual Qdos pantomime has become an unmissable family tradition and for 2015/16 the adventures of Aladdin will be brought magically to life by an amazing cast :

Linda Lusardi as the Slave of the ring, Sam Kane as Abanazar, “H” from Steps as Aladdin, Andy Jones as Wishee Washee, Mike Doyle as Widow Twankie, rugby star Gareth Thomas as the Genie and me as the Grand Emperor.

I’ve sung and performed in so many different areas and genres from Opera with the Welsh National Opera to cabaret around the world but never panto. So, I thought it would be wise to ask veteran Mike, with 24 years of panto experience under his belt to give me some tips on how to survive 62 shows.

Panto is very different indeed. Men dressed as ladies, the girls dressed as boys, baddies who are booed at,  a good fairy and a host of other characters, like talking animals and all with plenty of audience participation …..”Oh no there isn`t!” …. “Oh yes there is!”

Mike happens to be home for one day this week and has very generously offered to chat with me about the world of panto. 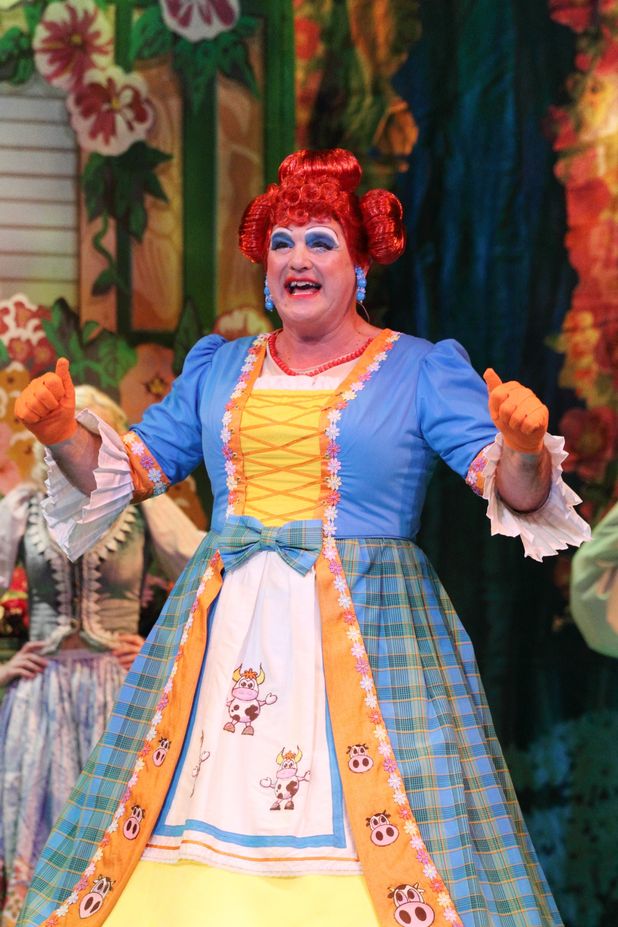 ME : What to you is the most appealing thing about appearing in a Pantomime?

MIKE : With Pantomime you either love it or you hate it. Fortunately for me I LOVE IT !!! I have to say hand on heart it is the most favourite part of my job.  As I am a character actor,  it gives me the chance to be somebody other than myself and to dress up in ridiculous costumes on a daily basis and have the audience actually accept it ….. mind you they expect it!!!! It’s great to see the children’s faces as they experience what could be their first introduction to live theatre.

It is also an opportunity for me to work at home as I spend so much time out of the country working on cruise ships.There have been many moments over the years but I look back on all of it with gratitude and fondness.  And now I am looking forward to this year’s production of Aladdin at the New Theatre Cardiff with you.

MIKE:  The very first Panto I saw was at the Swansea Grand. I think it was Robinson Crusoe.  It was starring Morcombe and Wise and Stan Stennett.  I think I was six or seven years old sitting in the gods with my mother and my brother.  I was transfixed, mesmerised and totally spellbound by what I had seen and from that moment on I knew that I wanted to be on the stage.

My very first Panto was Mother Goose in 1989 it was at the Davenport Theatre (which is now a supermarket) Stockport.  It was very exciting as it starred the then very popular Neighbours actors Peter O’Brien (Shane Ramsey) and Elaine Smith (Daphne).  I played the part of The Squire which was a ridiculous part really. My old pal Peter Piper had the comic lead and I learnt an awful lot from him.

ME: Do you have a favourite Pantomime character?

ME: You didn’t start off as the Dame, was it always your dream to be the dame?

MIKE:  It certainly wasn’t!  I’ve loved playing all the comedy roles such as Silly Billy, Muddles, Simple Simon, Wishee Washee, and Buttons and have played these characters in some of Britain’s biggest and finest theatres such as the Hippodrome Theatre Birmingham, the Mayflower Theatre Southampton, the New Theatre Cardiff, Grand Theatre Swansea and many more theatres up and down the country.  I feel so blessed to have done that.

Never did I ever think that I would one day be a Pantomime Dame I’ve always looked up to the likes of Les Dawson, Danny La Rue and Wynn Calvin and always thought what a great art form it is to be able to play such a role, and here I am.

How do I do it? I become my mother!

ME: I’m really excited about my first Panto, but what should I expect?

MIKE:  Hard work, gruelling schedule and the best time on stage you will ever have.  Every performance is different don’t ask me why – it just is.  Mark, I’ve always admired you as a singer and as a performer you are going to love it!

ME: Why do you think Panto has remained so popular?

MIKE:  Panto has been going for over a hundred years and is a true British tradition. I couldn’t imagine a Christmas time without a panto and now with some of the biggest stars in show business appearing all over the country it makes it a real thrill to be able to see a fairy tale told by your favourite celebrities.

ME: Have you ever had a funny or embarrassing moment whilst doing a panto? 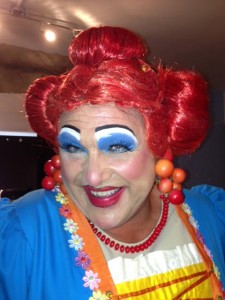 MIKE:  Yes I have.  Once whilst having the children up on stage to sing the pantomime song sheet, a little boy sat on my knee and then with a strange look on his face refused to sing and instead had a tinkle all over my leg, lets just say it brought the house down.

There is however, a very famous pantomime story where Cilla Black was playing Jack in Jack and the Beanstalk where at the end of the story she has the villain on his knees with a sword in her hand she says to the crowd “boys and girls what shall I do with him?” Everybody was shouting “kill him, kill him” and Cilla replied “how shall I kill him?” One young boy shouted “sing to him!”

Ha! That’s brilliant Mike and thanks for the advice and wonderful stories. I’m certainly excited and I think It might be a lot like my old days in the Lyric with Junior Showtime. Wish me luck.

Previous Post
Sark’s first Opera Festival
Next Post
Pantos to ‘the bat’ and Bond goes to a wedding!